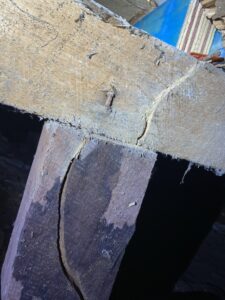 Mr Inspector has been carrying out building and termite inspections since 2004 and is the favoured house inspection company by Melbourne’s largest buyers advocate groups and lenders.

Although you have to be a tad unlucky in Melbourne to get termites (they are not as prevalent as some say) the odds of you getting termites still exist.

Some areas are more prevalent that others especially where there is park land and gum trees. We have found termites in most Melbourne suburbs but some appear to have more issues than others.  Areas like Glen Waverley, Ringwood, Eltham, Ivanhoe, Brunswick, Greensborough, Frankston, Mt Eliza, Seaford, Sorrento, Bayside come to mind as areas having more instances of termites than others.

Some people think their brick home constructed on a slab footing will not have termites and therefore they do not bother to get a building and pest inspection.  This is dangerous and ill advised.

You can get termites at a brick home built on a slab and we have seen termites at numerous brick homes built on slabs. One ins Frankston had $148,000 of damage caused by termites.

As well as house frame timbers, skirting board and window frames, Termites can be found in timber sleepers around the home, carport or pergola posts, deck frames and trees.

They typically build mud leads up stumps and use those as a transport tunnels up into the home.  In the image above you can see where the termites have eaten their way up through their stump to the bearer and into the home.

As termites are very difficult to find (need to get under the entire homes subfloor if on stump footings) it essential that any home is carefully inspected prior to purchase.