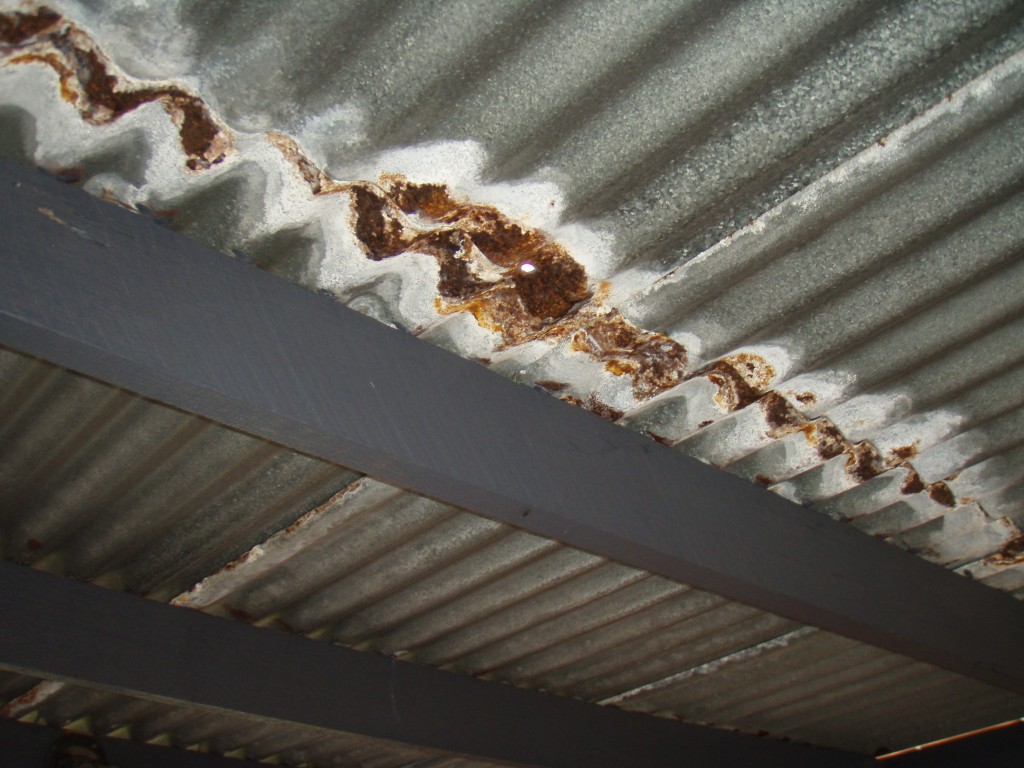 Faults in metal are predominantly caused by corrosion. Corrosion has occurred due to three main exposures to the metal:

The three listed exposures combined together can increase corrosion considerably and there are a number of precautions you should take to prevent or slow metal corrosion.

I will list below, with photographs, the main areas of the home that have been subject to metal corrosion.

The roof covering of the home is a corrugated steel roof covering. The photograph below depicts rust through the sheet ends where water is seeping under the sheets and is not evaporating away as quickly as liked. Water ponding like this will increase the rate of the roof cladding rust. Because this is a flat roof (as apposed to a pitched roof) water is not running at speed to the guttering and thus we have some seepage under the sheet ends. There is not much we can do about this and it is common in flat to low pitched roof lines. 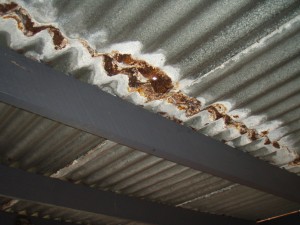 The east down pipe has rust holes and requires replacing. This has occurred to the down pipe being blocked with leaves and debris. 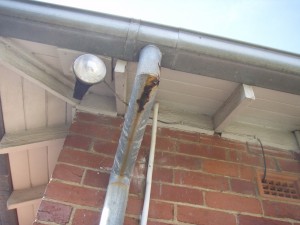 The north guttering is ponding due to poor installing/fitting of the guttering and gutter debris. This needs to be sufficiently aligned to allow water to enter the down pipes. 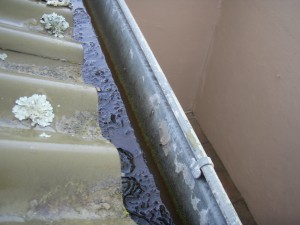 The shed guttering has rust holes due to it being blocked with debris and the fall has been interrupted by detached gutter clips. This, with the debris, has caused water to pond in the gutter and expedite the development of rust. 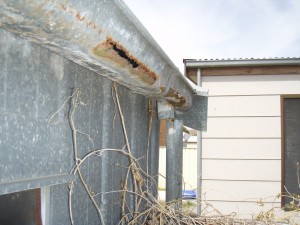 The east box guttering has rust development which again is due to water being left to pond in same. This requires replacement. 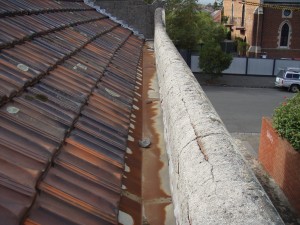 Crevice corrosion can be caused by poor workmanship, age, lack of maintenance. Rust will eventually occur in steel over the years. Maintaining it or preventing it prolongs the life of all steel products and I speak about this below.

Guttering is required to have a fall so that water can flow directly to the down pipes and this is not occurring. This causes water to pond and thus rust development takes on quicker than normal.

Make sure all you down pipes are sufficiently capped at the base to prevent foreign objects from entering same.

Alternatively you could install a gutter guard product which does not allow leaves and debris to enter the guttering.

If you have any queries please contact Mr Inspector.