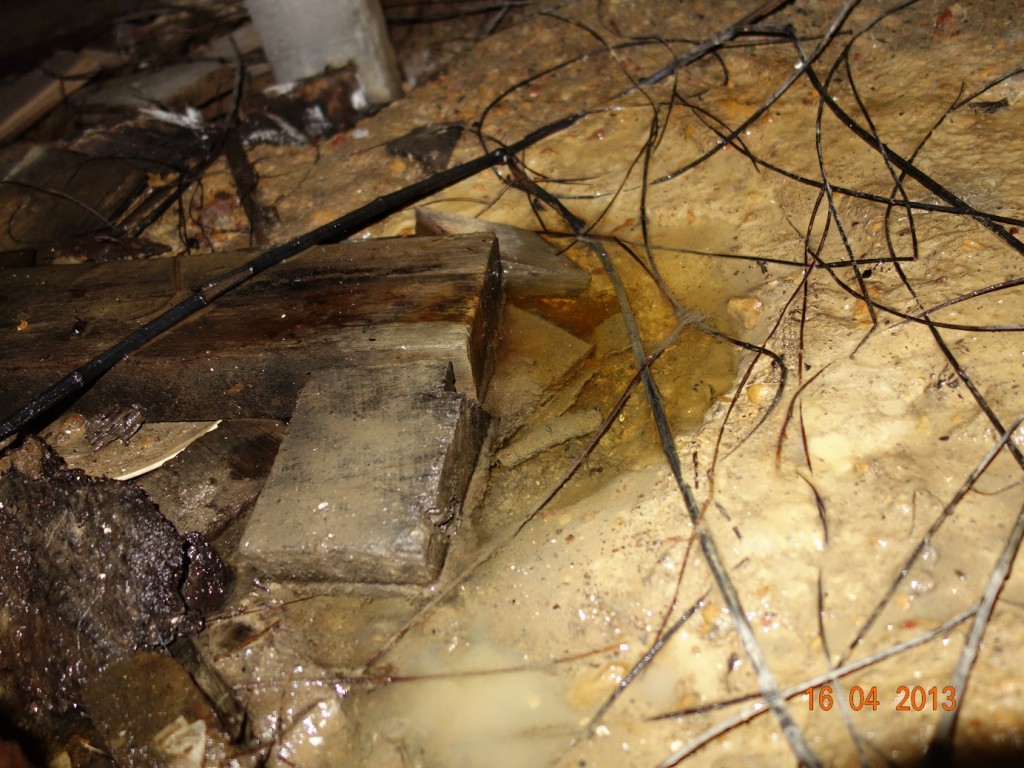 This is considered a major defect as further deterioration of the building or its elements could occur.

Sometimes it may be something minor causing the problem like a down pipe not aligned at the base causing water to flow in under the home and other times it can be something major like a broken water pipe under ground or inadequate surface drainage or landscaping which can be expensive to rectify.

In this building inspection it was a water connection to the bathroom and a plumber had to attend to rectify.  If this was not found during the house inspection the likely problems would be settlement in the stump footings and possible a termite infestation.