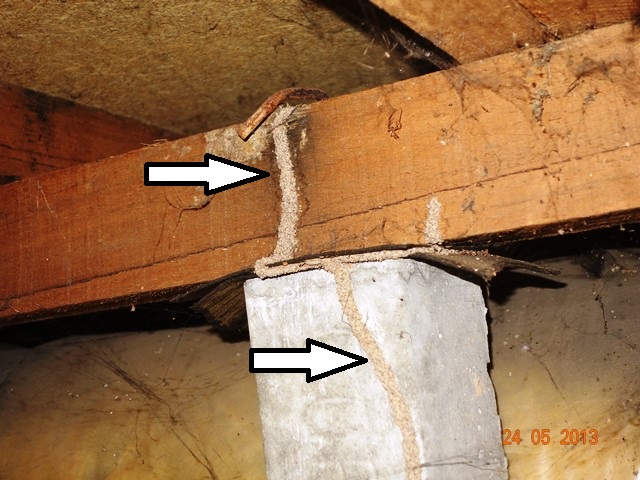 Mr Inspector is a qualified building inspector in the Cheltenham and Black Rock areas and has carried out thousands of Building and Pest inspections Melbourne wide since 2004.

The above  photograph was taken during a building inspections in Heatherton and shows a termite mud lead going up a stump into the flooring.  Termites build these tunnels so they can get to and from timber without being attached by predators such as ants.

We have seen termites in a shopping bag bull of clothes in a bedroom, termites build a mud lead up to the timber floor and then stop and for whatever reason leave.  We have seen termites on the third level of a house in a window frame and termites eat nothing but a ceiling joist above a bathroom leaving floor and wall frames intact.  The larges amount of termite damage we have seen was $120,000 at a building inspection in Cheltenham which was about a fifth of the value of the house.